The Yukon wolf (Canis lupus pambasileus), also known as the autocrat timber wolf or interior Alaskan wolf is a possible subspecies of gray wolf native to the Alaska Interior, save for the tundra region of the Arctic Coast. 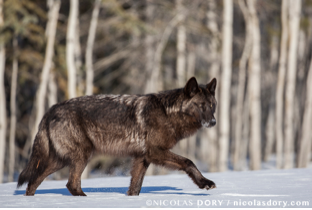 This is a yukon wolf!

Wolves range across the Northern Hemisphere, from the deserts of the Middle East to well above the Arctic Circle, from the vineyards of Italy to the treeless arctic tundra. Yukon wolves are among the few that still live in a natural ecosys- tem, that includes other large predators and prey species.

Up to two metres from nose to tail-tip (the height of a tall man). About a quarter of that length is the wolf’s tail.

rodents, as well as birds, fish, and eggs.

I thought it would have been creative to tell about wolves.