Sullivan went to become the Vice President of the S & A Restaurant Group and also helped start Chili's with the head of Steak & Ale and Bennigan's.

In 1991, Outback Steakhouse went public, having 49 restaurants operating under the name. In 2007, OSI Partners bought back the company, after having taken on Bonefish Grill, Carrabba's, and other chains.

In 2012, the parent company, now known as Bloomin' Brands, a giant compared to the original Multi-Venture Partners, went public and now trades under NASDAQ:BLMN

Originally from Lake City, Florida, Chris Sullivan attended the University of Kentucky and received a BS in Business and Economics in 1972.

Sullivan's first job in the food industry that he would later succeed in was with Steak & Ale, a pioneer in chain restaurant concepts like salad bars. 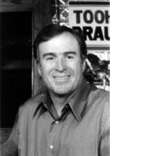